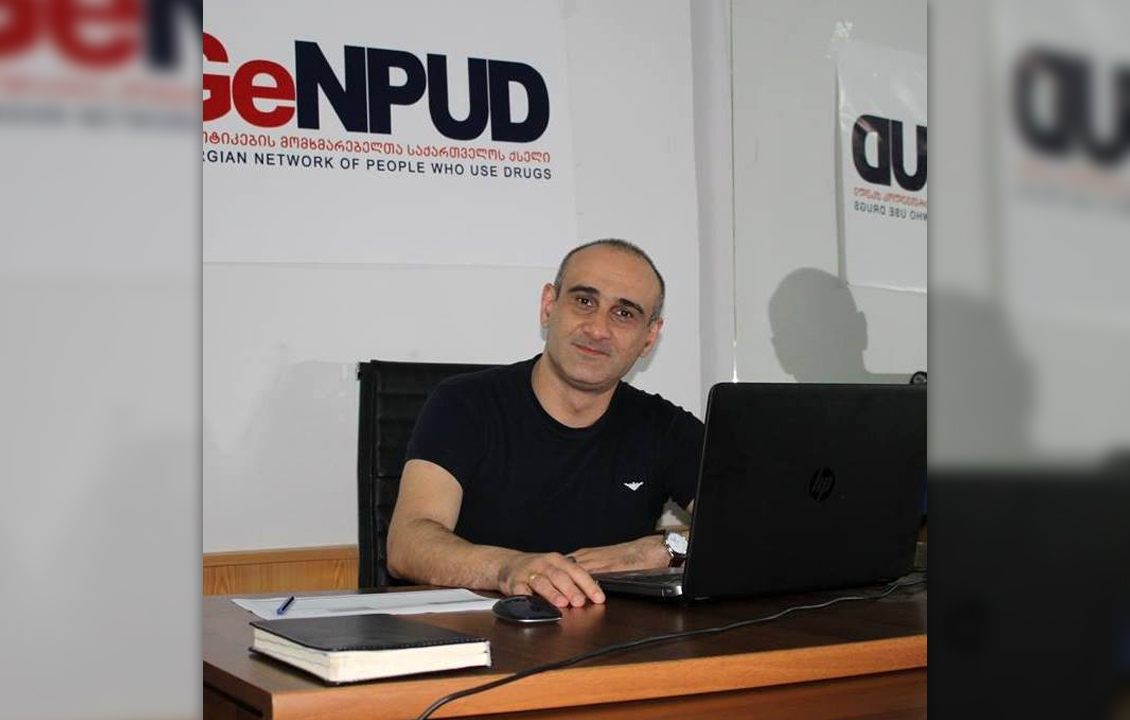 On October 24th, in Georgia, specialists in the field of tuberculosis, including international experts and representatives of communities affected by the disease, have selected priority groups that face barriers in the diagnosis and treatment of the disease most often. A qualitative research will be further carried out in these groups in order to identify barriers related to gender, stigma, and human rights that appear in the process of diagnosis and treatment of tuberculosis.

The meeting of experts was held within the framework of TB-REP 2.0 project.

We talked with Konstantin Labartkava, the executive director of the organization "New Vector" that will carry out the research.

Mr. Labartkava, is the burden of tuberculosis a serious problem in Georgia?

Georgia is a country with a high burden of tuberculosis and, of course, the disease is a serious public health issue. According to the World Health Organization there were 2590 cases of tuberculosis in the country in 2018, of which 2316 are new cases and relapses. The incidence makes up 80 per 100,000 people.

The organization you are in charge of focuses on increasing the availability of prevention and treatment programs for tuberculosis and hepatitis B and C, as wellrepresents the drug users’ community, one of the high-risk groups for tuberculosis. How common is tuberculosis among your beneficiaries and how do you evaluate their access to diagnostic and social services?

«New Vector» is the first organization in Georgia created by drug users in 2006. For many years, the organization conducted information and advocacy activities aimed at humanization of drug policies, providing access to life-saving treatment, harm reduction programs, rehabilitation and social services for drug users. Blood-borne infections are widespread among drug users, including such diseases as HIV, hepatitis B and C.

In addition, the lifestyle of drug users is not the best way to maintain their health. Therefore, mycobacterium tuberculosis easily affects a weak immune system, so tuberculosis is quite widespread among drug users, including our beneficiaries. Drug policies, stigma and discrimination as well as negative public attitude do not allow drug users to access services that are vital to them, and a tough drug policy takes them “underground” and in general creates great difficulties for identifying people who need help.

On October 24th, you had a working meeting with officials and experts in the field of tuberculosis. At that meeting you have discussed and selected key groups that face barriers in the diagnosis and treatment of the disease. What groups were selected and why?

We focused on three key populations: people who use injectable drugs, people who were in custody and internally displaced people (internal migrants). The selection of priority key groups was carried out on the basis of an analytical review, which provided background information available for each key population group, and discussions with representatives of the largest possible number of stakeholders.

After familiarizing themselves with the objectives of the project and the list of key populations included in the national protocol on tuberculosis, the participants of the meeting - representatives of stakeholders, have split into three groups and discussed five key groups each. Each key population group was evaluated using a special 10-point scale depending on the incidence rate, social and biological factors. After ranking, each group presented its own scales and the results were grouped into a sheet. The participants discussed the results and prioritized three key population groups.

What are the next steps? Selected groups should be included into the qualitative research. What is the purpose of the research?

The first step that follows is to submit the meeting minutes concerning the selection of key populations for approval by the ethics committee. The organization will contact the selected three key population groups using tools specially tailored and integrated for the research. Information will be collected by means of in-depth interviews and focus group discussions with different people, including those affected by tuberculosis. Focus group discussions will also be held with the representatives of stakeholders, providers of medical and social services, as well as community members.

The purpose of this survey is to identify barriers to timely diagnosis and treatment of the disease, including formation of adherence to treatment in terms of community, rights and gender (CRG) issues with an emphasis on key population groups. The following are just a few of the questions we expect to receive answers to:

Who will carry out the research and what do you expect to achieve after its accomplishment and publication of the results?

The research will be carried out by the selected interviewers with experience of working with key populations. They will be trained on how to use the provided tools and will be informed about the main directions and objectives of the assessment.

After collecting and analysing the information we expect to identify the main barriers that impede timely beginning and successful completion of treatment for tuberculosis. The research will provide general background information and highlight specific aspects, such as gender issues, legal issues, and stigma issues for specific groups.

The collected information will help us formulate specific recommendations on how to make the diagnosis and treatment more accessible and convenient for key populations.

Dear Mr. Labartkava, thank you for the interview.