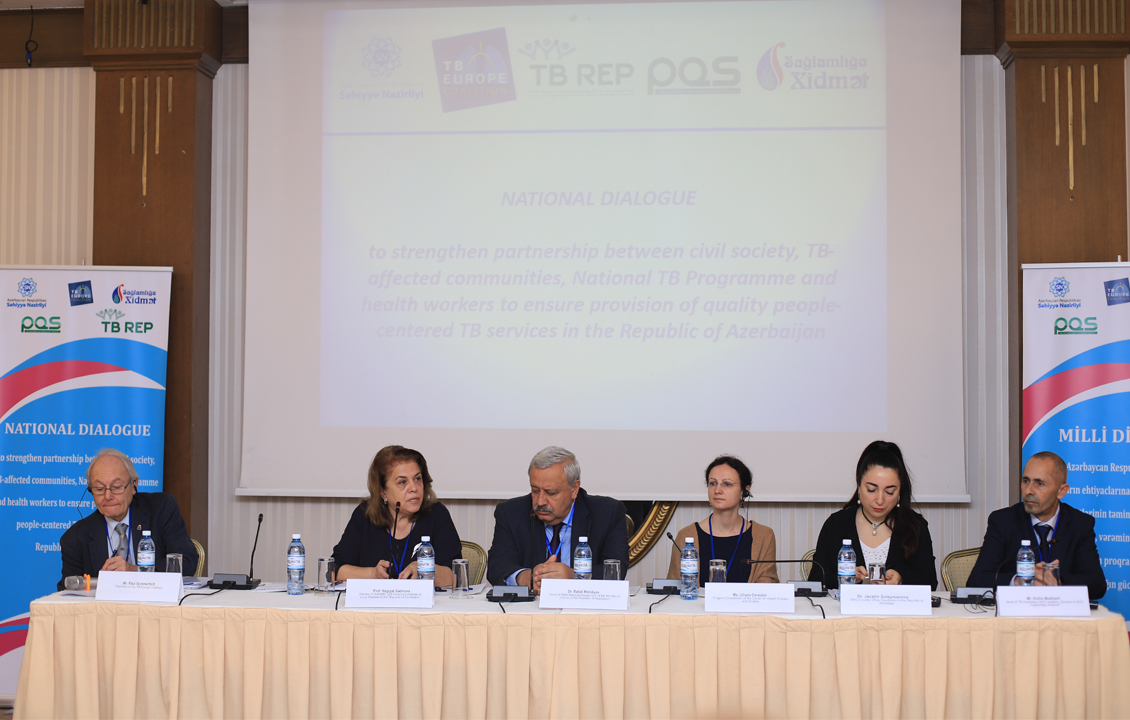 The World Health Organization (WHO) recommends creating conditions for civil society organizations (CSOs) working in their communities to effectively complement the health services for the detection and treatment of tuberculosis (TB). This will allow for successful implementation and development of the people-centered model of TB care and the faster achievement of national goals in fighting TB. Taking this into account, the TB-REP 2.0 programme supported the organization of national dialogues among CSOs, health care providers and other stakeholders in several countries of the EECA region to help them build strong working relationships and establish collaboration. 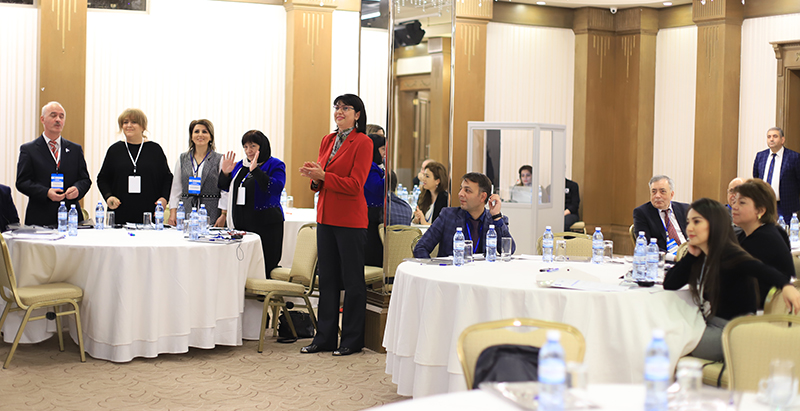 On the 3-4 of December 2019, such a dialogue took place in Azerbaijan. It was initiated by the TB Europe Coalition (TBEC), one of TB-REP 2.0’s partners, after representatives from the Coalition and the Principal Recipient of the Global Fund grant, PAS Centre, visited the country in November of the same year. While the number of CSOs working in the field of TB control in Azerbaijan is still small, they are interested in more active participation to prevent the disease, its detection, and treatment, and are open to interaction with medical institutions, politicians, and decision-makers. They are ready to assist the National TB Control Program. «Saglamliga Khidmat» is a non-governmental organization that received a small grant under TB-REP 2.0 programme to implement the project. They previously took the first step towards uniting the efforts of civil society in the fight against TB, and namely, it has created and led the TB Coalition of Azerbaijan, which includes 7 other public organizations, working with key populations and former TB patients. One of the next steps in this direction was holding the National Dialogue - a forum to which 50 participants were invited. They represented ministries and departments dealing with TB control, legislative bodies, financial organizations, and health care providers - all which the conditions and development of care for TB patients and their families, and therefore, the overall TB situation in Azerbaijan depends to a certain extent.

The organizational aspects concerning preparation and holding the forum were undertaken by «Saglamliga Khidmat» with support from TBEC and PAS Centre. The forum’s agenda was full and varied, including a series of presentations that allowed participants to better understand the situation with TB in the country. During presentations delivered by the director and the deputy director of the Scientific-Research Institute of Lung Diseases, members of Milli Mejlis (the Parliament of Azerbaijan) and Parliamentary Committee on Health Care, participants became acquainted with global trends in TB control and the existing challenges and solutions to them in Azerbaijan. PAS Center representative and TB-REP 2.0 Programme Coordinator talked about the main directions, goals, tasks, and components of this program, and the director of «Saglamliga Khidmat» shared the role their organization, which has become a pioneer in the non-governmental sector participation in TB prevention and detection, has played and can play in the fight against TB.

However, most of the time was devoted to panel discussions and group work. This allowed the participants not only to get to know each other better by the end of the second day of the forum and learn each other’s opinions on the most important issues in TB control in the country, but also to outline ways of further cooperation and highlight the main priority areas for joint work. It was decided to create a so-called monitoring group, which included representatives of civil society and the government sector. Such a group, undoubtedly, will not let the ideas put forward and discussed during the forum be forgotten. Another practical result of the forum was an invitation from the Council on State Support to Non-Governmental Organizations, which provides grants for the implementation of socially significant projects, to submit applications related to TB control for consideration in the next round.

The questionnaire conducted in the final part of the forum showed that the participants considered this event to be timely and successful. The national dialogue allowed them to have a new look at the problems associated with TB and the opportunities for civil society to improve the situation in the country.