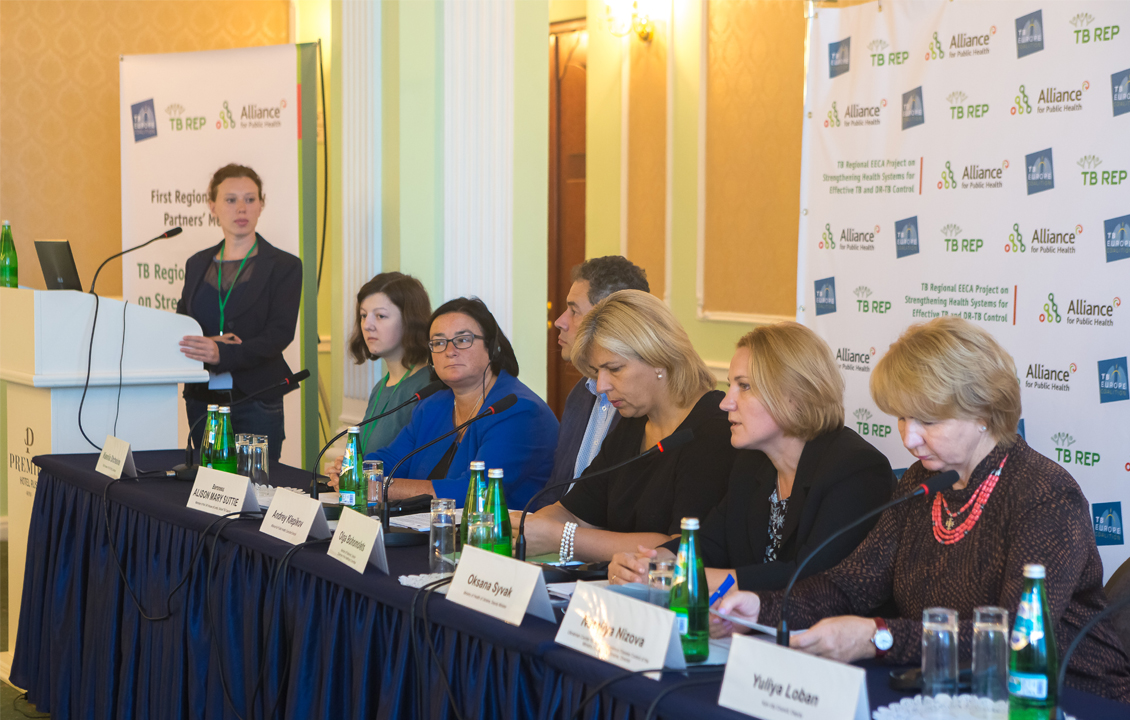 On the 16th of October, the last day of the first Regional meeting of the TB-REP Project partners in Kiev, a briefing  was organized for the Ukrainian mass media in the course of which the journalists met the representative experts team:  the Chairman of the Committee of Verkhovna Rada of Ukraine on Health Issues Olga Bogomolets; Ukrainian Deputy-minister of Health Oxana Syvak; the Ukrainian Alliance for Public Health CEO Andrei Klepikov; the Member of Parliament of the United Kingdom, Baroness Alison Suttie; Coordinator of the Network for people affected by TB of EECA countries Ksenia Shchenina and Director of the Ukrainian Center for socially dangerous disease control Natalia Nizova. The experts explained to the journalists the essence of the outpatient model of TB treatment emphasizing its economic effectiveness and patient-centeredness, and answered to numerous questions which showed the mass media and the whole society interest in the problems discussed.

More than 30 mentions and news appeared in the Ukrainian press during the first week after the meeting. The leading idea of the articles, stories and reports was the necessity of immediate implementation of the outpatient TB treatment and general modification of the principles for providing health services to patients.  Many authors have not limited to cover the TB-REP project and the regional meeting, but also expanded to analyze the trends in TB detection and treatment in Ukraine and focused on concerns of the people affected by TB about support from the state and the society, perspectives to get quality medical assistance, and measures to prevent transmission of drug-resistant forms of the disease.

Such response of the press demonstrates that the need of changes in the domain of TB control is becoming obvious for the society. It not only shows the urgent character of the TB-REP project tasks and goals but aims all participants and partners of the project at timely and effective implementation of the activities planned.

TB-REP project and the 1st Regional meeting of advocacy partners in Ki ..