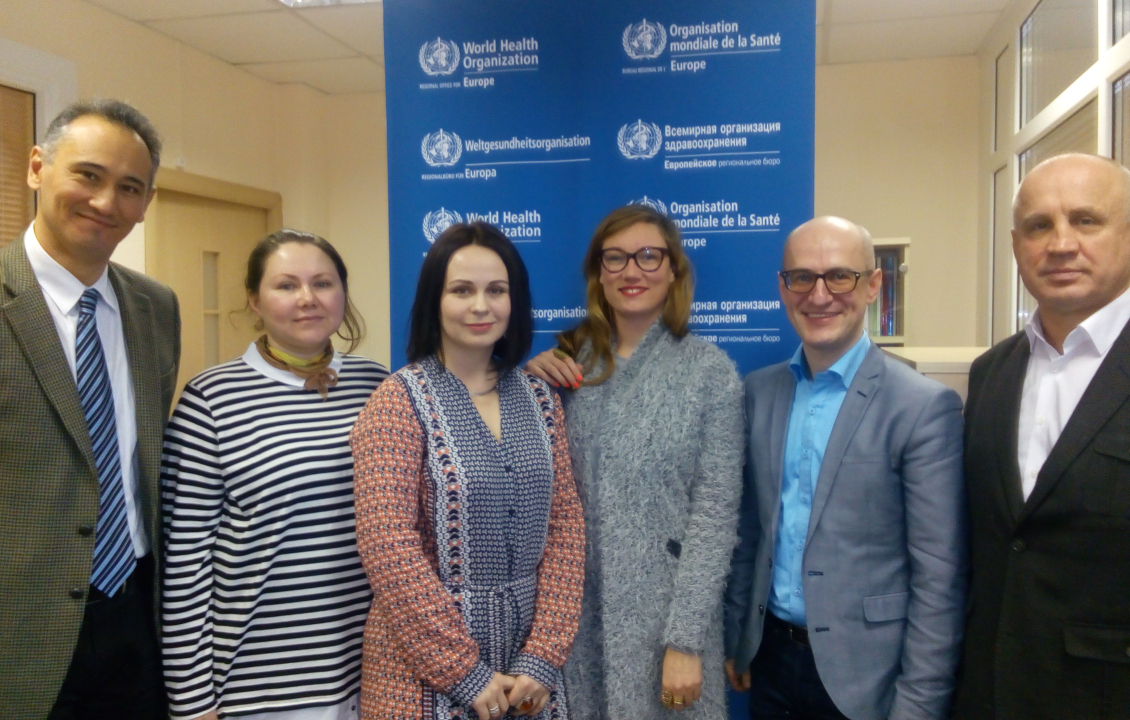 Along with the low level of public awareness in the area of tuberculosis, stigma and discrimination against people with TB in the society, low adherence and high percentage of drop outs from treatment, one of the most important issues in response to the epidemic of tuberculosis is insufficient or ineffective interaction of people and organizations engaged in the TB response. Often, stakeholders’ activities are not coordinated or are duplicated instead of being complementary. Lack of a single strategy of promoting patient-centered approaches to the delivery of TB care as well as lack of proactive efforts in promoting the ambulatory model of TB care may significantly complicate the processes of TB care reformation and achievement of the set goals. The situation is further aggravated due to insufficient involvement of TB patients into the decision-making processes.

Fortunately, the civil society partner of TB-REP project in Belarus managed to avoid such problems. The Republican Public Association “Defeat Tuberculosis Together” from the very start of project implementation could rely on support and partnership of the WHO Country Office in Belarus, which played a key role in linking the stakeholders.

From their side, representatives of the Republican Public Association “Defeat Tuberculosis Together” pay a special attention to establishing and supporting partnership and regular interaction with key partners. Thus, several working meetings were held with the WHO Country Office, presenting the preliminary results of the “Assessment of the main barriers and needs in ensuring the transition to the ambulatory model of medical care for the key populations affected by tuberculosis”. Format of participation of the Association “Defeat Tuberculosis Together” in the activities of the TB-REP Interagency Task Force was discussed and partner relations were established. Besides, a meeting was organized with involvement of the TB Europe Coalition within the project monitoring visit.

Stakeholders were actively involved in the working meeting organized within the project on the issues of needs assessment to develop and align the criteria to be reviewed by experts from the key populations affected by TB. At the event, the representative of the WHO Country Office made a presentation “Epidemiological situation and key strategies in TB prevention and treatment in the WHO European region”.

A wide range of partners, including the WHO Country Office, government agencies, Country Coordinating Mechanism, civil society representatives (Association “Defeat Tuberculosis Together”, International Educational NGO ACT, BelNetwork AntiAIDS), people affected by TB as well as representatives of the TB Europe Coalition and Alliance for Public Health, were gathered for the round table discussion “Ambulatory model of TB care in the Republic of Belarus: challenges and perspectives”. Participants of this meeting held in Minsk on 28 February 2017 got acquainted with the epidemiological situation and the key strategies in TB prevention and treatment in the WHO European region, best practices in implementing ambulatory TB care in Belarus, shared information on current and planned activities within the ТВ-REP project and pilot project in Brest, Vitebsk and Grodno regions to scale up access to the ambulatory model of patient-centered care, presented and discussed preliminary results of the study on the barriers in access to patient-centered ambulatory care.

Within the project, a task force was created for strategic planning of the activities aimed at promotion of the ambulatory TB care model. The task force includes Coordinator of the WHO Country Office in Belarus for infectious diseases, Chair of the Board of BelNetwork AntiAIDS, member of the Country Coordinating Mechanism from the community of people affected by TB and Chair of the Board of the Republican Public Association “Defeat Tuberculosis Together”. One April 20, 2017 the first meeting of the work group was conducted. Such cooperation will contribute to further development of partnerships to develop and implement the strategy to promote transition to the ambulatory model of TB diagnostics and treatment.

Due to the cooperative approach, Chair of the Board of the Republican Public Association “Defeat Tuberculosis Together” was able to present the vision of the civil society on the provision of the TB care during the meeting of the interagency working group on the improvement of the provision of TB care. The working group is focused on the issues of the people-centered models of TB care and changing the financial mechanisms of TB service provision. The meeting took place on May 16-17 in Minsk.

Coordinated work of the key partners makes an important contribution to achieving the needed consensus and helps to establish effective processes in implementing reforms. The model of cooperation of the civil society with the WHO Country Office existing in Belarus is a great example of joint efforts to implement patient-centered TB care.

Cooperation of the civil society with the WHO Country Office is a key ..