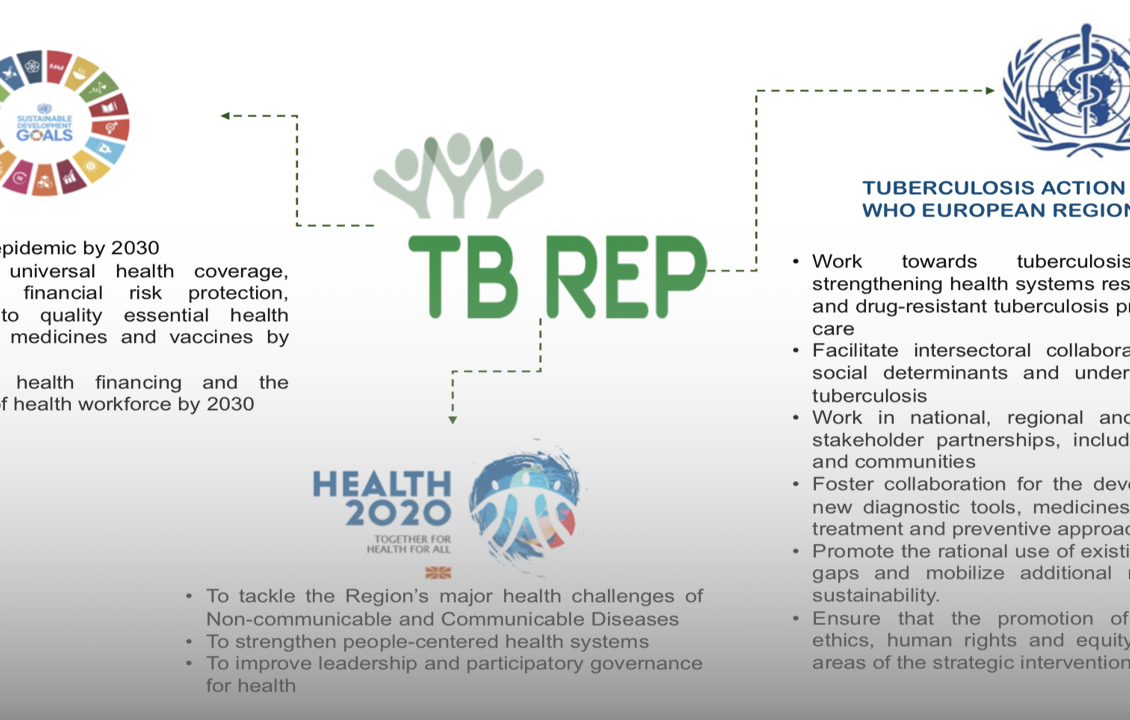 Stop, look back and pursue the tasks with renewed forces

The TB-REP project, aiming to decrease the burden of TB disease and halt the spread of drug resistance in the 11 EECA countries by increasing political commitment and translating evidence into the implementation of patient centered TB models of care, has reached past its midpoint*. What has been achieved by now? Have the countries covered by the project managed to accomplish the planned changes? What else can be done in the time remaining, so that the ideas and concepts laid down in the project come into life, and the residents of the participating countries could feel positive changes in the work of anti-tuberculosis services with regard to the attitude of the medical personnel, in particular, and society, as a whole, towards the TB patients and their families? The mid-term review of the project implementation, covering the period from January 2016 to October 31, 2017, was called upon to answer these and other questions.

The working group that developed the review, reached the following conclusions:

Of course, many processes have just begun. The participating countries were (and are) in different socio-economic conditions. Traditions in the health sector, in general, and anti-tuberculosis services, in particular, have been strong for years. But compared to 2015, which preceded the outset of the project, it was possible to save 17% of the regional budget for TB care. This result is achieved due to a decrease in the average length of hospitalization and the transfer of patients from inpatient to outpatient treatment. And while saving money is not the main goal of the project, it cannot be disregarded.

Undoubtedly, a three-year period for a project aimed at developing and implementing complex systemic reforms, that should lead to reduced number of beds, the transition to the outpatient model of care, the shift in funding sources and implementation of innovative and effective payment mechanisms for health workers, is too short. Only the first steps have been taken, and they have been different in different countries, and to ensure the continuous funding, it is necessary to make every effort, for the time remaining, in order to achieve, if not the most ambitious, then the most significant of the goals. This will not only prove the feasibility of the project to the donors, but will also enable the participating countries to enjoy the success of the changes, understand their meaning and significance, and thereby continue to be active supporters and advocates of the reforms.

The team that conducted the project mid-term review positively assessed the carried out activities and proposed a number of recommendations that will contribute to its successful completion. For the full text of the review, see here.

* TB-REP is a regional TB control project funded by the Global Fund to Fight AIDS, Tuberculosis and Malaria and implemented by the Center for Health Policies and Studies of the Republic of Moldova (the principal recipient) and the WHO Regional Office for Europe (the technical lead agency), in
collaboration with partners, namely TB Europe Coalition (through Alliance for Public Health Ukraine), Stop TB Partnership, and technical expertise of London School of Economics and Political Science, European Respiratory Society, London School of Hygiene and Tropical Medicine. The project was launched in January 2016.

Stop, look back and pursue the tasks with renewed forces